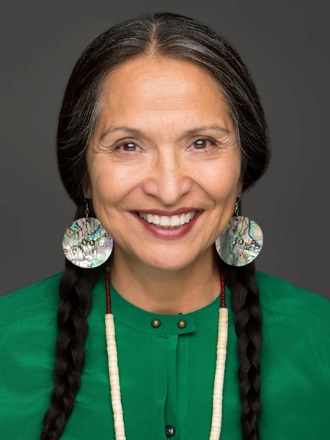 As the President and Founder of Kauffman & Associates, Inc., Jo Ann Kauffman (Nez Perce) built the company from a one-woman shop into an organization that now employs more than 50 people in Spokane, WA; Washington, DC; and other locations across the country. Jo Ann is actively involved in all aspects of KAI operations and ensures that KAI clients receive high-quality management support. Jo Ann is certified in facilitation and consultation on public and behavioral health topics.

Jo Ann grew up in Seattle, WA, and on the Nez Perce Reservation in Kamiah, ID. After working to advance Indian health care, including serving as executive director of the Seattle Indian Health Board, Jo Ann founded KAI in 1990. Jo Ann holds a master’s degree in public health from the University of California at Berkeley.

Jo Ann was honored by Business Beat as Minority Small Business Person of the Year 2006 and as owner of the Fastest Growing Minority Business in 2004, 2007 and 2008. In 2015, the Spokane YWCA awarded her the Women of Achievement Carl Maxey Racial & Social Justice Award.

Jo Ann serves on the Board of Trustees at Eastern Washington University (EWU) and leads Advisory Committee of the new Lucy Covington Center at EWU. Lucy was a political activist from the Colville Confederated Tribes who fought to save her land and people. The Center at EWU was created to establish a permanent legacy for Lucy Covington and her groundbreaking work to secure the unique and important status of tribal governments. In 2017, Eastern Washington University awarded Jo Ann an honorary doctorate.

Our Founder in the News: